Welcome to the first of what I plan to be many of my thoughts I have to share on the matter of translation. Having somewhere around a decade’s worth of experience under my belt, I feel like I’ve got my fair share of insights that’ll be helpful to those looking to better their craft in this field. I’m not going to tell you to take my words and ideas as the golden standard of what a translator should aspire to achieve but I do think you’ll better serve the role of fan translator by heeding what I have to say and tempering yourself with them. I’m quite certain I’ll reveal gaps in my own abilities through these writings so feel free to point them out once they show up but whatever comes out of this they should ultimately serve as a learning material for hopefuls.

Let me kick things off with an introduction into who I am and what I have to offer. You will know me as Woods Runner and I have insights spanning out from the late noughties to relate to you. If you try hunting for more info on me though, you’ll only find traces of this moniker dating back to around the time Ore Twintail ni Narimasu was abuzz with its anime adaptation. The shocking truth is – I wasn’t always Woods Runner.

In my younger days I stuck to a particular identity to spread the joy of reading good fiction and enjoyed the reciprocal good will I got from indulging in my hobbies.  My work was still rough round the edges back then but my command over the languages I worked in and my choices in pet projects earned me a weird amount of notice and respect in the scanlation scene. Nothing too major came out of it but having random people thank me for my previous work in forums and emails always felt odd to me. Some of those works being cult hits obviously played their parts in that reception but eventually that recognition weighed down on me and I saw fit to abandon it.

My first few years into this hobby and under that starter name saw me working with a whole bunch of groups to get all sorts of series out but over time I found myself responding to requests I didn’t care for and on the hook for series that seemed good at the time but proved themselves too light on the scale against real life commitments. I decided to take fewer and fewer of these requests and started finishing up the ones I still had my hands on. Truth be told, I only have vague recollections of what those lategame series were and couldn’t tell you their names even if I wanted to so it goes to show you that you shouldn’t feel obligated to pick up a series because someone does their best to sell you on it.

They can be friends, they can be passionate, they can be persuasive but my foremost advice to you is to only work on the series you’ve fallen in love with and not fall under commitments someone else wants for you. Don’t get me wrong, I’m not saying you should stay tightly dug in your comfort zone and limit yourself exclusively to them but don’t make commitments on more projects than you’re comfortable with. When you work on something without genuine passion, you’re feeding your time and energy on a chore that you’ll glossily recall years down the line. Recognition can be fun to play with but submitting to it will burn you out.

I had one last series left with me when I retired my original translator handle and while I did intend to finish up the volume before handing it off for good it turns out the group I was working with on that one shared similar sentiments about retiring from the scene as well. We discussed the matter over email but never actually closed down on the subject since our last entry in the chain from my contact ended with him saying he’ll get back in touch with me on the remaining scripts that were waiting for editors to immortalize in digital black and white. I didn’t hear anything further from them and though I did see a chapter get put out afterwards I never saw any more from them after. We were burnt out and it showed. Months quickly passed and I bid farewell to my first me as a translator.

From there I just minded my own business and stuck to just being a reader. I also started to lurk more where lurking was called for and to my surprise quite a number of series I worked on apparently saw a good amount of discussion there. I have my regrets in not having been around to participate in such threads while I was active but oh well. At any rate, that was around the time onemanga went down and people were scrambling to fill the void and I also still happened to run a blog at the time, under another name, and it apparently got notice as well for something I wrote about the future of scanlating.

This following anecdote really isn’t too relevant to translating itself but the lesson I took from it is that your passions can reach a surprising number of people. Imagine going to a forum, getting into an especially heated argument on the onemanga shutdown impact and having your own article get thrown against you and then having one your old scanlating comrades chime in with praise on the article itself and point out to the guy how he got what I wrote wrong. Neither of them knew I was the writer and it was amusingly embarrassing to have to act like it wasn’t my words they were fussing over. The whole thing ended hours after weirdly civilly with mutual acknowledgement of our points to the virtual applause of onlurkers and a totally apt “What the fuck just happened?” to cap things off. It was the closest I came to relating to those scenes where a girl’s secret alter ego gets praised to high heaven by the guy who was just openly berating her just moments ago. Tsubaki Izumi works really shouldn’t be so relatable but there you go, you put your passions into the world and it’ll find ways to pop back up at you. Heck, just these past few months I found some of my old works finding their way onto Mangadex by way of some diligent do-gooder and they found new readers so, so many years after they were first put out. Last year somebody even finally typeset the untouched scripts I left with that last group. I don’t know if it’s the same guys who resurfaced to finish things up but if it was, that had to have been one of the longest waits ever for a typesetter to get off their ass. 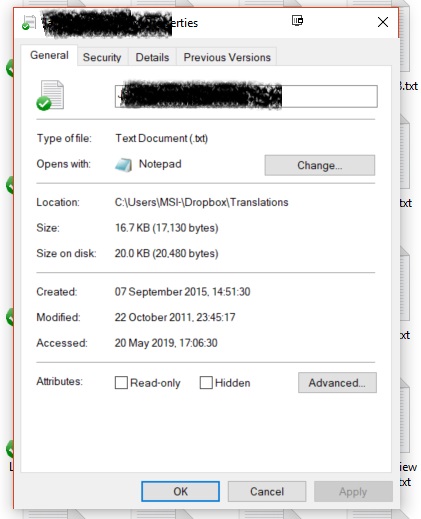 On a side note, I’ve apparently got somewhere around 300 translation scripts in that folder and discovered, to my shock, that I totally forgot that I did work on a still running series I actually like all those years ago. I even scouted the chapter to check and sure enough my original handle was credited for the work with my first scan group but I can’t for the life of me remember actually working on it. It's an utterly bizzare feeling to realize you could completely forget something like that.

At any rate, I went on to spend years of hobby time just reading along and finding new things to pick up. Every now and then I released a script on a something I like on /a/ like a murderhobo with nothing to do, usually under a funny name. But then one day, I read an ANN article about a certain series getting an anime. If you can’t guess which one, spend some time around the site till you do. The series cover had me at hello, the synopsis had me hooked and my gut told me like never before that I’d love this series. What it screamed out to me was that it was a story “made to tell” and not one “made to sell”. It was one of those once in a blue moon series that I knew on an instinctual level was going to be a winner(for me at least) and I just had to read it.

I had imported Mizukami Satoshi and Kiyuzuki Satoko’s works before but it was Mizusawa Yume that gave rise to the explosion of imports I’d be making over the years. If there’s anyone to blame for my shelves of books it’s going to be him. He’s the reason I finally got to upping my skills in Japanese to LN reading requirements and to my shock, LN prose used a whole suite of words you’d never use in dialogue. Obvious when you think about it but it just never occurred to me there’d be such a gap in between manga and LNs considering I was more than comfortable with reading the former raw.

I bolstered down on my kanji memorization and pushed myself to read with the dictionary open and I had things down enough to read the series mostly unaided. Later of course I did realize that, after reading some more LN series, Mizusawa was one of the more playful authors with their prose so I had once again jumped into the deep end to improve my Japanese. I don’t regret doing it but I do have to wonder if my learning experiences should really be related as advice on learning the language. To further punctuate that concern, I learnt everything I know about Japanese from self-study and just reading a lot. Just loaded up a website, downloaded a dictionary and started reading stuff with it open. People condone Anki and whatever but I have to say just diving in the way I did spared me from the strange problem guys doing that way seem to have with processing sentences with less than standard grammar.

The series picked up a fandom on /a/ and /m/ while it was airing and I was one of the few people there who read the novels so I started dishing out details and materials on the series. It was during a thread dumping my scans of the pages from the vol 8 limited edition special booklet that I assumed the name Woods Runner. I had to leave the thread midway to go on a hike and when I came back people were so taken that I just upped and left for a run in the woods that I thought it’d be a fun trip to use. I continued to feed them spoilers for the volumes out at the time and they pined for someone to start actually translating the series. Come next April Fool’s I pretended to be someone pretending to be me and pretended to have a whole bunch of chapters translated waiting to be shotgunned. They took the joke in good humor but little did they know I actually was prepping up to translate the series proper. I had actually translated all of vol 9’s chapter 5 over a weekend in a hotblood fuelled blitz some time before so it gave them a taste of Mizusawa’s A-game climax and weeks later, Ultimaguil.org was a thing and I got to working on volume 5 bit by bit.

I suppose that’s enough you need to know about me for now as a translator, probably more than enough really. The article turned out much longer than I thought it would be going in and there’s no need to elaborate further into my experience with translating. I think I’ll write about my translation style and methodology for the next one but for now I’ll end it here and welcome you to the Translator’s Notes.